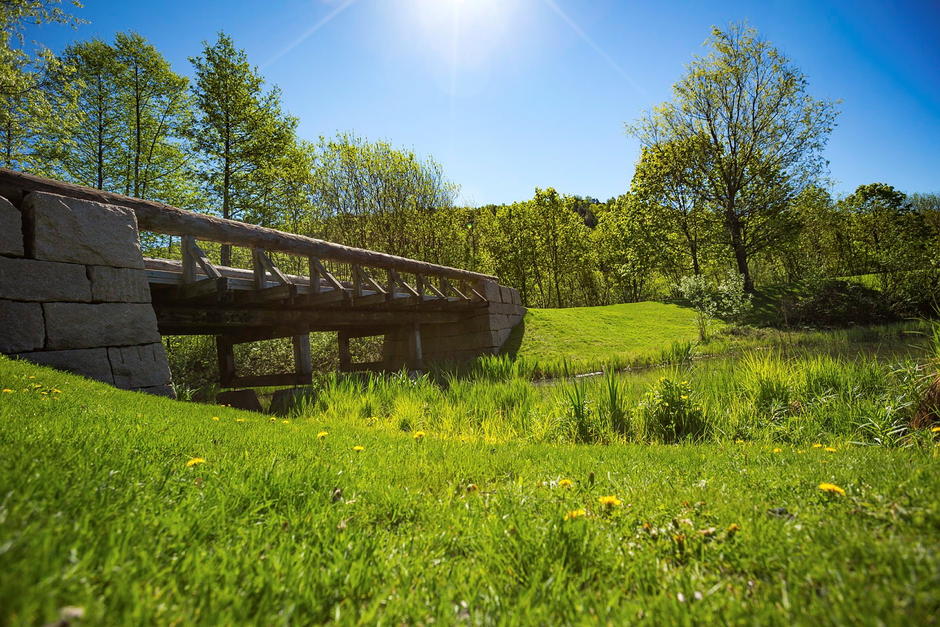 In Oslo 98 % of the population live closer than 300 meters to a green area, and this number has been increasing since 2006. This is a result of politically anchored strategies for urban development. This has led to efforts in major urban growth and urbanisation has been centred in areas containing established green structure. There has also been a focus on developing additional green spaces in areas that are regulated for housing.

In Oslo, 53.3 km2 are regulated for residential housing, with the districts Vestre Aker, Nordre Aker and Nordstrand accounting for 22.53 km2. This is equivalent to about 40 percent of the total area regulated for housing in Oslo, not including areas outside the construction zone. This is mainly due to the fact that these districts have the highest proportion detached houses and residences.

In total, 11.4 km2 is regulated for private and public services as of 2014. District Alna has the largest area regulated for these purposes, totalling 2.1 km2.